There is nothing more incredible than a Las Vegas Buffet--food of varying types going on for miles and miles along with the $20 add-on of the “endless pour."

Let’s face it. The buffet is the gluttony of Vegas in food form.

And, if you are in Vegas, you are probably going there with a group--girls or boys weekend, bachelor or bachelorette party, conference.

If that is indeed the case, I can bet this “group” will want to dine at one of the many lavish Vegas spreads.

But…you are living the gluten free lifestyle and the mere mention of the word buffet creeps you out for the cross contamination nightmare it presents.

But everyone else is going. And…you want to go too.

There is nothing worse than walking in blindly and paying a large sum to just sit and stare at all that food you can’t actually eat. So, work hard to steer people in the direction of buffets that actually cater to people with gluten sensitivities.

I visited four buffets in various locations of the Las Vegas Strip to see how they stacked up for offering gluten free dinning options. Read below to find out just how the Wynn Buffet, Aria Buffet, Bacchanal at Caesars Palace, and Wicked Spoon at the Cosmopolitan did at catering to those eating gluten free.

Both Buffet at the Wynn and Wicked Spoon at the Cosmopolitan label dishes gluten free.

Buffet at the Wynn

When visiting the Wynn, make sure to flag someone down to walk you through the areas that are gluten free.

I loved the white quinoa with California apricots at the Wynn Buffet.

Kid Allergy fell in love with the gigantic rotating wheel pancake station. When you order something gluten free they completely clean the surface and then use a spray free from the top 8 allergens to make the surface nonstick for the gluten free pancake batter.

We all loved that they even have a whole gourmet taco station separate from the rest of the food preparation areas that is gluten free and is prepared by a chef behind a glass partition.

Plus, the ambience of the Buffet at the Wynn can't be beat. You will be surrounded by brightly colored flowers and sun filled atriums. The cheery environment makes you excited to stay and try all that the restaurant has to offer.

Wicked Spoon at the Cosmopolitan

The Wicked Spoon did a great job of segregating the gluten free food in a center aisle. They seemed to have a larger number of choices than the Wynn Buffet, but I didn't find that these gluten free offerings were as consistently tasty. I wasn’t impressed with the gluten free overly crusty cold pasta salad. I did, however, enjoy the Asian pear salad with Greek yogurt, feta, pecans and dried cranberries. Some other winners included some yummy gluten free salami rosa and dried fruit available in the cured meats section and a neat selection of gluten free ceviches was available including shrimp, mixed seafood and vegetarian.

Strangely though, the Wicked Spoon houses the bread offerings in the same area as the gluten free food which totally creeped me out.

One of the best parts of this buffet was the "endless pour" package. The servers paid special attention to make sure it was plentiful. They were the only restaurant of the 4 that would drop off whole bottles of house champagne included in the package to make sure we were getting our fill.

Plus, this buffet serves gluten free desserts! Be careful though as they do sit amongst the other gluten filled sweet treats. Perhaps ask your server to bring one from the back to ensure you don’t get accidental cross contamination.

Another added bonus--if you are a Platinum Marriott Rewards member you can use your discount at the Wicked Spoon.

Don't come expecting a beautiful surrounding though.  This was the least visually appealing of all the buffets I visited. The location is at the end of a long corridor amongst a hallway of drab conference rooms. There is no light and certainly no attention to detail in the decoration of this dining facility. It felt the most "cafeteria" like of any of the four Vegas buffets I visited.

Neither Bacchanal at Caesars nor the Buffet at the Aria labeled anything gluten free on the actual buffet line. This means you will have to put in some effort to speak with a Chef before getting your food on.

Good news, though, I have gotten some great feedback regarding a gluten free diner who was able to speak to the Chef directly at Aria and they were accommodated with safe and tasty gluten free options (like gluten free pancakes and gluten free pizza on its own tray to ward off cross contamination!).

From my personal experience, however, the service at both Bacchanal and Aria Buffet was more scarce than the Buffets at the Wynn and the Cosmopolitan hotels. My hope is that once they hear you need to eat gluten free you receive more attentive care that turns out to make your meal decadent and safe! 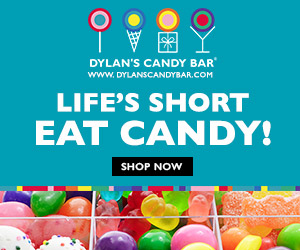