Want to feel like a mobster and dine at the first pizzeria in Texas? Check our review of Campisi's Egyptian Restaurant to see if the intrigue lives up to the hype.

The History of Pizza in Texas

We can thank Campisi's. The Sicilian born Campisi family has deep roots in the Lone Star State starting back to the days of WWII. In 1946, after a suggestion from a cousin visiting from New York, they brought Dallas the first “Pizza Pie” and created the first pizzeria in the state.

Why the Egyptian Restaurant?

Why is the oldest Italian dining establishment in Texas called the Egyptian Restaurant? It all comes down to simple economics. The move to the Mockingbird location in 1950 strained their pocketbooks, leaving only enough money in the coffers to change one word from the sign erected by the former tenant. The old place just happened to be called “The Egyptian Lounge.” So there the sign stayed. It wasn’t until some years later that the family added “Campisi’s” to help make it more synonymous with Italian food.

As years went on, the leadership changed hands from Carlo ‘Papa’ to his son Joe Campisi. It brought a new era for the restaurant showcasing a more seedy reputation. Rumors began to surface that inside the red booths bathed in candlelight, the Mafia of Dallas made their deals, ate their meals, and ran their gambling rackets. Joe eventually earned the nickname “Godfather of Greenville Avenue” for his connections with organized crime. The new face of Campisi's was known to rub shoulders with the likes of Carlos Marcello, the New Orleans Mob Boss, amongst others elicit criminal types.

But, don’t visit for what ifs. Go to the Mockingbird location because this particular place has actual ties to a major incident that changed American history: the JKF assassination.

So how does a pizza joint have a connection with a presidential assassination? Basically, Jack Ruby was a regular at Campisi’s and pals with Joe the owner. Plus, the Mockingbird Campisi's location is the last place Jack Ruby ate dinner before gunning down Oswald. In fact, after Jack Ruby was detained and placed in jail, he specifically requested a face-to-face meeting with Joe Campisi himself. Reportedly, the meeting between Joe, his wife, and Ruby lasted roughly 10 minutes on November 30, 1963.

What about the food?

Having lived in NYC and spent my time savoring some pretty outstanding Italian cuisine, it is difficult to say that this the best Italian food I have ever tasted. But, it also isn't the worst. Plus, keep in mind that this Italian spot is more than just a dining establishment that serves up pizza and pasta. Here at the Mockingbird location, you get a large helping of mystery served with a side of interesting past. The speculation surrounding the connection between this pizza place, it’s outgoing former owner, multiple killers, and their ultimate ties to the mob will keep you guessing while you sip your favorite Italian wine in the dimly light corners of this Dallas restaurant. So we say go, listen to the sounds of the Rat Pack, and sit back and enjoy.

For those living gluten free, remember this place isn't a 100% gluten free kitchen, and like most pizza joints, there is a high risk of cross contamination. If you are particularly sensitive to gluten, please eat here with caution. In fact, when we used our Nima sensor, it did read "gluten found" on this gluten free pepperoni pizza pictured here. #nimatested Perhaps, those eating gluten free might just wanna stick to one of their salads instead.

Need more tips for food & fun in the Dallas area? Check out other great family friendly activities and dining options we love in DFW on our Dallas Page.

What about lodging? Dallas/Fort Worth accommodation deals can be found through our affiliate partner at Booking.com. 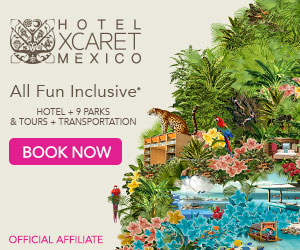