En route to the Caribbean, my family hopped on an obscenely early flight from our hometown and arrived groggy and somewhat grumpy just in time to grab a quick breakfast in Miami International Airport. While walking to our connecting flight we found a Mexican Cantina named Jose Cuervo Tequileria at Terminal D East. It was decorated with Day of the Dead skeletons that immediately appealed to my two young sons.

Although dining with brightly painted skeletons holding empty tequila bottles did seem oddly tempting, I was unsure. Being raised by a Mexican mother, I am very picky about my Mexican food. Plus, I currently live in the State of Texas where the art of crafting a taco is almost darn near perfect.

But…I acquiesced because let’s face it, I had gotten up at 3:30 in the morning to make that early morning plane ride. I honestly just didn’t have the energy to find something else. But, I was confident if I stuck to a basic order of eggs and then added a mimosa, my mood would change in no time.

We went through the allergy spiel and my son ordered an apple juice alongside some gluten free scrambled eggs and bacon. He also requested some corn tortillas on the side because “make everything a taco” is how my family rolls.

The server said nothing had gluten, including the corn tortillas and stated that the plates were very large. She recommended that both boys share.

Fine, I thought to myself, let’s just get that champagne drink out STAT!

But, when Kid Allergy’s plate arrived there was an unexpected mountain of breakfast potatoes.

In our experience, there is so much confusion surrounding potatoes being naturally gluten free that servers often don’t think cross contamination via a non-dedicated fryer. So, in an effort to avoid any potential gluten exposure, our general rule is to just skip potatoes all together.

Kid Allergy began to panic by the prospect of gluten cross contamination but I assured him that I could remedy everything without causing a stink. The potatoes touched only a small area of some of the scrambled eggs so I quickly removed all food in close proximity and promptly handed them to my youngest son. The plate really was quite large so sharing worked out great. Both boys left with full bellies. A perfect way to start our next international adventure!

He was happy he could create his own breakfast tacos by ordering a side of gluten free tortillas.

Mom - one and a half thumbs up

Any time my kid can eat two proteins that are gluten free in one sitting I am thrilled. But...I wouldn't call it the greatest tasting Mexican food. It does check all the boxes though when trying to make a connecting flight: safe, quick and visually entertaining for the kids.

I went back to the menu and realized that potatoes come standard on a breakfast platter. The server probably just rang the platter up because my son was not specific enough about needing to avoid fried potatoes. Best way to avoid them would be to specifically state a-la-carte when ordering. 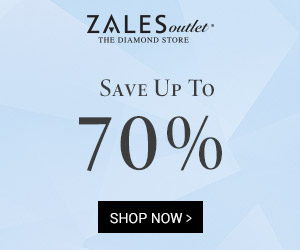