Should you take two kids under 10 years of age to the theater? How about a live performance in a language that your kids don't actually speak (like Vietnamese)?

This is exactly what I asked myself during our recent visit to Hoi An, Vietnam.

Theater has long been used to demonstrate the culture of a society. So, when I discovered that Hoi An had a Performance Center that featured a "Bamboo Circus," it peaked my interest. I have traditionally found that performance art either really resonates with young kids or it bores the living daylights of them. But...I liked the idea of my kids learning through a more visual and experiential medium and got even more excited when I saw that the show running in the Lune Center was based on Vietnamese tribal culture. So, I contacted Lune Productions and we struck up a partnership via #sponsorship. The only show available during our visit was Teh Dar so we secured some tickets and headed out for Hoi An, Vietnam.

The Basics: Hoi An Lune Center for the Performing Arts

Lune Production was established in 2012 in Ho Chi Minh City with the goal of sharing Vietnamese culture through artistic performance. It gathered the expertise of various artists throughout different mediums to create high quality productions in different key cities throughout Vietnam like Saigon, Hanoi and Hoi An.

The Hoi An Performing Arts Center is a circular structure built in 2018 that dominates the landscape of Hoi An's Ancient Town. But, this theater isn't just architecturally significant in this region. The Hoi An Lune Performance space holds the honor of being the only bamboo theater in the whole country. The design is reminiscent of a full moon, something that is cherished not only in Vietnamese culture, but also other Asian cultures throughout the region.

Traditional materials are present throughout the complex offering you the same soothing yellow and red colors that are characteristic of other Old Town Hoi An's buildings.

Honestly, the view from ANY seat that fits your price range is worth the expenditure. The space itself is small enough to guarantee any patron a magnificent viewing experience.  So, if you are traveling on a tighter budget, please don't think you have to buy the pricey WOW seats to make this performance worth while.

Make sure to arrive at least 30 minutes before the scheduled showtime (in our case 6pm). There is plenty to see and do on the grounds before they open the theater doors for seating.

Details of Teh Dar

This show highlights the tribal people's of the Vietnamese highlands. The name of the production means "going in circle" in the Kho peoples native tongue. You will see this theme represented throughout the show visually and it even comes out in the storyline through the circle of life and survival as a tribal people.

Leading Up to the Show

The entrance is grand. You cross the bridge in Hoi An.

Then, take a bit of a short walk along the waterside.

Your final greeting is dramatic with the dome off to the distance.

Next, comes complimentary refreshments. For those opting for the general admission tickets, tea and a tiny appetizer is served. WOW ticket holders are offered a different level of service including wine, beer, soft drinks, and a varied array of light bites.

Bathroom facilities are set apart from the main dome theater structure so make sure to have all little ones use the facilities before the show. They were in lovely working order and very nicely appointed.

Here is where I am going to have to leave you to use your imaginations for the specifics of the show. No cameras are allowed during the performance and once you see the high flying acrobatic stunts going on inside this dome you will totally understand why. Think Cirque Du Soleil but don't get too caught up on that label. This show has elements of the far fetched storylines presented by likes of their Canadian counterparts but it does come off as distinctly Vietnamese. So, I caution you to use that comparison to describe it.

My kids were five and ten years old at the time of watching the Teh Dar production. They were both on the edge of their seats the whole time. Heck, we all were mesmerized by the death daring feats being performed not on an elevated stage but on a stage positioned slightly below our eyesight and just within our reach. There were several gasps and claps throughout the performance and honestly none of us knew how the storyline was going to turn out.

Music is provided by certified tribal instruments by UNESCO adding to the thrill and suspense of the acrobatics. It is almost representative of one's own heartbeat slowing down in times of daily tribal activity and speeding up with the excitement associated with love and battle.

People are flying all over the place and I loved that they use traditional icons and props throughout the performance like basket boats, bamboo poles, and masks. My kids got a kick out of how the basket boats were thrown around because they had already spent some time in them catching crabs with Hoi An Eco Coconut Tours.

For kids younger than five-years-old there is a bit with a somewhat spooky spider section. If your younger kiddos are more impacted by images that they might find scary on a large scale, you should weigh wether or not this visual part of the performance might bring on some nightmares. Truth be told, I thought it might ruffle my little one's feathers but he actually got into the whole death and rebirth aspect of the performance and wasn't bothered by it at all.

When questioned, both my kids said this was so cool and shouldn't be missed when visiting Hoi An. Some of the adjectives from my kiddos were "crazy" and "incredible" and they both left wondering how a human body could even perform some of the things that the cast of Teh Dar was actually able to achieve.

When the house lights go up, your family is ushered outside to meet the cast and take photos free of charge as they continue to sing and play instruments.

My youngest felt compelled to sign the guest book before we started back on our way to our hotel Sunrise Premium Resort.  What he wrote was simple and his words were so true in my opinion. All he needed to say was "Super Good" and then he signed his first name.

The mood after the show was totally different amongst the whole family. Hoi An had seemed to transform while we were in the safety of the womb of the performance dome.

The theater took on a glow.

As we strolled along the waterside, thousands of Hoi An lanterns could be seen lighting up the surroundings as they floated along the current of the water.

Although the town itself was shrouded in the cover of night, our family had come out to the light.

We paused on the bridge and I wondered what the tribal societies represented in Teh Dar had in common with humanity in general.

The roots of any civilization are characterized by tragedy and death, just like the performance. But, the beauty of the human spirit is that we are strong enough to fight to emerge from the darkness. The light of life is based upon community and joy and that ultimately lifts people up.

I strolled through the maze of lanterns strung overhead and I decided that what I saw in that theater was an homage to human resilience. That we can all bounce back by sheer will. That the heartbeat that drives us can move us to defy gravity and space. And...we do it because we all want to learn how to love.

The fine folks at Lune Production present a first rate production. Although I'm not really able to describe every detail for you, it is one of those over stimulating exhilarating adventures that everyone should just try for themselves no matter what location they happen to be visiting throughout Vietnam.

Booking for Lune Production shows by city can be done easily online here. Although we are partial to Teh Dar because it is the performance that happened to be going on during our visit to Hoi An, I assume any of the productions are worth an hour plus of your time.

This post contains affiliate links meaning if you make a purchase some commission might be made by Kid Allergy Travel at no additional cost to you. #affiliatelinks

Looking for other things to do while visiting Hoi An, Vietnam?

Need Travel Protection? Don’t forget travel insurance if you are traveling to Vietnam with kids! We booked ours with Travelex and made sure we had medical evacuation included because this is a somewhat remote location in the world.

Heading to other Southeast Asian countries nearby? Visit our other pages for family friendly recommendations for locations in the area here:

Wanna see what travel items we used while on our trip to Vietnam. Check out our review of the following products: 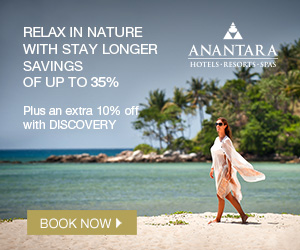