San Antonio is a vibrant city filled with ties to a Mexican past. It is the 8th largest city in the United States and has deep roots as a major actor in the creation of Texas itself. The city is a symbol of strength, patience, and independence. Life here grew up around the San Antonio River and the town is the spot where the famous Battle of the Alamo happened in 1836. The beauty of this city is in the melding of Mexican and Texan cultures presenting a romantic beauty that can only be seen here. This city holds secrets of a people who fought to the death for what they believed and tells a story that makes it valuable enough to be considered an important world history event. The San Antonio Missions dating from the 1700s (which include the Alamo) are the only spots designated as UNESCO World Heritage Sites throughout the great state of Texas. So, come to stroll and dine along the shores of the San Antonio Riverwalk. Peer out from the 750-foot Tower of the Americas sitting along the site of the '68 World's Fair. Visit the first modern art museum in the Southwest (McNay Art Museum). There is a heartbeat to this town that is raw yet intensely intoxicating. Once you feel it we promise that you will want to come back again and again 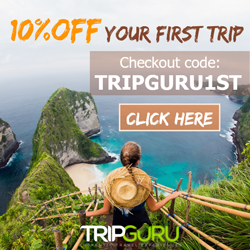